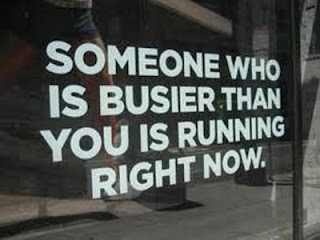 I overheard two triathletes talking to each other a few weeks ago at the end of a particularly laborious session. We were all packing up our things and getting ready to head out. One asked the other about a race she had completed the weekend before.
“Legs just weren’t there, " she replied flatly. I smiled a small smile to myself, because I know the exact sensation. She paused, then continued.
"Well, I rode well over 100 km the day before the race, so I clearly wasn't actually racing. You know, I just trained right through it." I could see her smugly gathering her final items shoving them into her bag. "I know if I had tapered and all that I probably could have won."
I worked really hard to suppress an inward groan. Safely out of sight, I let myself roll my eyes. Triathletes!
Of all the athletes I've spent time with, triathletes are by and far the excuse-making royalty of the sporting world. My exposure to the sport has resulted in an endless string of dialogue about all the reasons why a race didn't work out. It seems that as triathletes, are we so much more likely to produce a long story of WHY we couldn't produce. We're likely to analyze, re-watch, reanalyze, discuss ad nauseam to our coaches, friends, fellow triathletes, and anyone who would listen about our racing. This didn't happen because of this. I couldn't do that because of that. In a group of people that shares the love of suffering for sport, shouldn't we come to a final, mutual understanding about this? Could we nod our heads in compassion when one of us says to another: it just wasn't my day out there today. Why have we made triathlon a culture focused so strictly on achievement? Once upon a time I felt a tremendous joy in the simple participation in training and racing. The longer I'm in the sport the more tied up I get in results. Run splits. Pace times. Should have lapped her. Way fitter then them. Should have. Should be faster. Should be stronger. Should. Should dominates my language when I think of my post-race conversations.
When I woke up last Saturday morning it was all I could do to contain my dread. Outside a snow storm flew. It was grey and dreary like a winter day on the West Coast. Try as I could, I couldn't wrangle any one of my running girlfriends into a long run on a brutal winter morning. I'd been putting extra running into Mike's schedule towards and early season half marathon. As CPH creeps closer I feel less excited about a running race, with the exception of the awesome quick dry pull over I have promised myself I would buy upon successful completion. I piddled around the house for a couple hours before it was time to HTFU and get going. 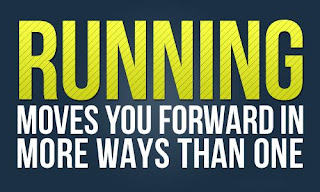 My head ran rampant with thoughts. It's too cold. I'm really tired. I'm fighting a bit of a cold. I'm tired from swimming, cycling and running yesterday. I'm tired from training this week. I've had as stressful week at work. I have a ton of chores to do. My shins are sore. I have a headache. My triathlon season is far away. My list of reasons to not long run are by far longer than all the reasons I should run. Now I let myself groan and roll my eyes. Excuse-maker! I think as I turn up Nate Dogg on the iPod to finish the last bit of the long run.
I finished the run and rewarded myself with a self-high-five and a very hot, very long shower. There was one final thing I had to consider.
Of all the painstaking excuses I've heard about races, what about some of the best practises? People who I've felt shown the best of themselves in a less-than-best situation? I didn't have to look far to find two examples that I hope to carry with me for the rest of this triathlon season.
Our house and a few guests watched the Sydney ITU race last week. We watched pre and post race coverage, read the articles, saw the press conference. (Pretty much as nerdy triathlon geeky as you can get). At the conclusion of the race, we read the twitter feed coming out of the ITU and Sydney. I was incredibly impressed by two tweets I read. The first one belongs to Jon's old teammate, Andrew. The second tweet was from an Australian athlete, Brad Kahlefeldt.
Couldn't compete today. Congrats to all our Canadian performances and big thanks to all of the @TriathlonCanada support.
No grunt today. No excuses. Move onto San Diego in a month. Well done to everyone.
In a race where so much was on the line: money, points, Olympic berths, these athletes could have belly-ached on about not producing results. Instead, both chose to acknowledge, thank & congratulate, and move forward.
Old habits die hard, and I know at some point I'll go back to battle in my own mind with the excuses. For now, I try on inspiration. Grace. The joy of running, the happy thoughts of racing. I let those carry me to next weekend and beyond. 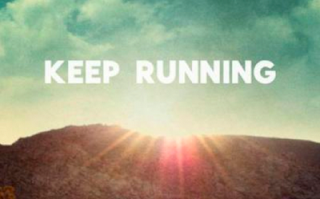