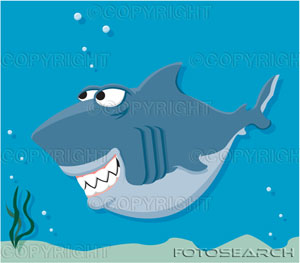 The man speaking to us had a full grey head of hair, slicked back by the salt water, remnants of the recent dip in the ocean dripping slowly onto his face. He tells us he has been swimming in these waters- this little plot of beach and ocean- for twenty years.
"Only the second or third time, I reckon." He pauses, exhales and proceeds on a long winded story about close encounters of the whale kind. It's the shark part I'm interested in, the shark part I want to come back to. I shift my weight between my sand-packed zebra coloured flops, waiting for a moment to ask again.
Only 500 meters earlier, treading water just off the shore break, the endurance swim group we stumbled upon (invitation via exceedingly friendly lifeguard at the local pool) paused before carrying on their Sunday morning swim to Big Beach. The consensus in the group was quick and unanimous. Due to the murkiness of the water we must swim back immediately. The group was vague and unwilling to explain to us mainlanders why the cause for alarm.
"We don't swim in this water because of the risk of shark attack. It goes up substantially when they can't see you, and because this water is so murky, that's a factor. They don't understand you're not prey. So to keep our arms and legs, we only swim when we can see the bottom." The man grinned. (Later he tells me how often a swim about-face has occurred since he started wintering here).

I swam a record pace back to the beach.

My Dad had a Blue Elantra car, seek standard edition, when I was 14 years old. He found out his company vehicle was going to be traded in, and as such decided to teach me how to drive a standard car before this event occurred. It was wintertime, and I didn’t take really easily to driving a standard.
Most people who can drive “stick” have a pretty good story about learning. Stalling on hills, grinding the gears, or being unable to move the car forward. Dad was exceedingly patient was we worked through making the car move, although I never really graduated past traveling in the neighborhood. Many years later, with an impending European schedule that would demand efficient stick driving, Dad took me out again. This time I borrowed a co-workers car, and managed also to go out on the road. My biggest problem was changing gears. I didn’t easily pick up that magic touch, the sticking point, the sweet spot. The place where you put the clutch down and swiftly and smoothly change gears. No, that did not come easily for me. Even now when I borrow Jon’s car, it takes me more than a few moments – and a few turns- to fall into that beautiful and easy gear change.
I was thinking of this yesterday as I was running towards Kiehi. I have been in Hawaii for five days now, and it is only now I really feel a complete sense of changing gears. I struggled to let go of routine, schedule and the busy pace that has been demanding through the fall, specifically October and November. The magic feeling of away and total escape from the world that is your daily life. I let myself smile. Perhaps even one more shift down is in order. 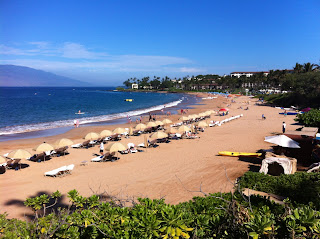 We first heard about the Garth Brooks concert in the spring. The Stampede centennial was approaching and with it a fanfare of monumental sorts. This Stampede, malady after all, capsule was the 100th edition of the world-renowned rodeo.
My memories of Stampede date back to toddling legs, mind sticky fingers and tummies jammed full of pancakes. I remember beaded bandanas and plaid shirts, and Mum discussing with myself and the siblings the ‘Emergency Protocol’ for getting lost on the Stampede grounds (stay put- do not accept help from strangers- do not leave with a stranger- only go with a police officer- wait for Mom to resurface). So this annual festival is one where I feel particularly fond, and have made an effort in my adult years to attend. Let’s be candid: my adult participation in the event has primarily revolved around short jean skirts and cowboy boots, and drinking over-priced adult beverages in hastily erected tents.
So it would be that Hillary and I decided we wanted to see Garth Brooks for this very special 100th Stampede. Despite my best efforts - which included a multiple computer assault on Ticketmaster- we were unable to secure tickets. We watched prices jump up on stub hub, kajiji, and online for weeks, believing we may still secure a couple tickets. Once we hit $600 a ticket, we decided to forgo our concert experience. It was Hillary who suggested Las Vegas.
If you follow this blog, or know me at all, you know that an offer that somehow includes Las Vegas rarely remains unredeemed. We researched our trip, booked and flew for a long weekend. Goal: Garth.
We sat in our cocktail dresses and cowboy boots at the Encore one month ago today, waiting for the 10:30pm showing.
The character on stage was unassuming. Dressed in faded jeans, a dark shirt with the buttons mismatched and a baseball cap, with props only of a stool, a bottle of water and a guitar. I realized I would have passed him on the street.
The experience felt a lot like sitting around a campfire while new-friend Garth recounted his life and sang his story. Or as though we showed up on a Friday night with a bottle of wine for dinner with friends. Somehow, we managed to have an entirely intimate experience inside of a ginormous theatre on the Las Vegas strip.
Somewhere between Going to Carolina in my mind (James Taylor- one of this idols) and The River (encore number one) I realized that the feeling on my face was that of my liquid eyeliner and mascara running in long streams over flesh of my cheeks. As far from a conventional concert as one could get, but the experience was as uniqe as the man singing on the stage. Instead of running through the CD of greatest hits, it was a life story, played by the guitar, and the singer. By the end of the second encore, in which the crowd sang back to Garth the entire song “Friends in Low Places”, I recognized it was unlikely a musical concert was going to ever top this experience.
At the end we paused and filed out of the auditorium, we needn’t not exchange one word to one another. We know what we saw was something special. 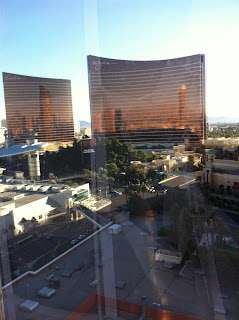 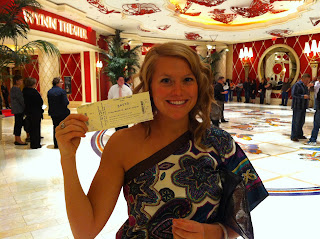 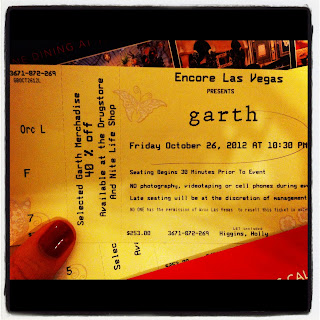 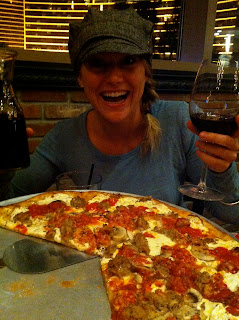 Our few days in Vegas were capped off by some suntanning, wine-consuming and shopping. But it would pass that nothing would touch Garth.

The Summer of Others