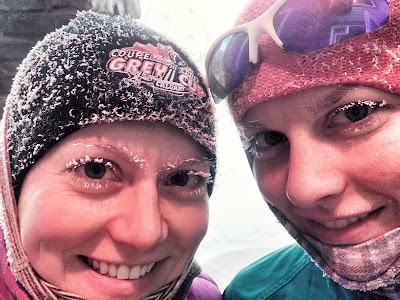 The annual Strides Run Streak wasn’t something I’d given great consideration to. Being that I take every athletic endeavour very seriously (even a 5km is given careful, measured consideration) it was somewhat out of character that I chose a month-long running commitment based on one Facebook post. I blame this on the fact I'd consumed one coffee with two shots of Baileys, one caesar (no spice) plus a second caesar (double, extra spicy) that particular afternoon of November 30th. I was sitting in the Maple Leaf Lounge waiting for an airplane, indulging in the amenities of the lounge. Without too much thought I read the rules (run at least ten minutes/ one mile a day, every day for one month). Prodded by my buzzing head and the thought that it wasn't that big of a deal, I added my name to the Facebook page, boarded my flight to Hawaii, and promptly fell into a fitful sleep.
There is an important part of Holly's world which I must share, because it explains my entire motivation for the Streak.
1. Alcohol makes me feel invincible.
2. Alcohol makes me feel clever and witty.
3. Alcohol makes insurmountable challenges feel very doable.
I imagine that this is probably why people get into so much trouble with promises made while boozing. A long-time friend of mine actually committed to the gruelling Cape Epic after a long night at the Ship & Anchor. In another instance, a non-fictional novel, the author commits to hitchhiking around Ireland with a Fridge. He writes the challenge on a napkin during a Saturday night on the town, to wake up to it on Sunday morning (a funny book, a terrible movie).
On December 1st, safely on vacation and looking forward to a series of beautiful, humid days ahead and endless new sidewalks and pathways to explore, I let my mind cockily reexamine the challenge. Piece of freaking cake! I steam rolled over the first four days, going between 5k-8k a day, pacing out at just below my best running times.
The mid-point of the challenge became more of a mental push/pull game. The weather was stunning (no complaints there) and I was on vacation (and consuming plenty of these and washing it down with this) and yet I still felt a slight irritation every time I laced up my sneakers. Stupid run challenge. I considered going back to the Facebook post and deleting my name. A few of those days were marked with epic bike rides, paddle-boarding, outdoor swims, and general holiday merriment that left me feeling somewhat zapped and unexcited about completing a daily run. I managed at least ten minutes or 1.6km a day, including one jog in my bikini (would highly not recommend) and a couple shuffles around the parking lot, still wearing my bike clothes from earlier in the morning. 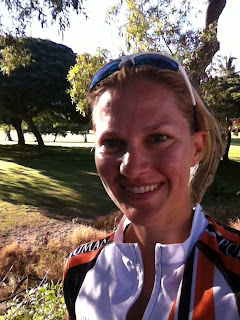 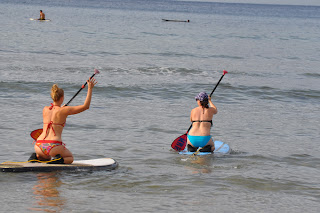 The real gruelling part of the month began upon my return home to Calgary. It was this time the weather dipped into the -20C, I returned to work, and managed to buy almost all of my Christmas gifts in a five day period. I was a zombie with jet lag, coping with an onslaught of emails from my time away and a huge stack of work. Welcome back Holly! I once again considered abandoning the challenge. Motivated by not wanting to shamefully withdraw from something after carefully recording it daily on Facebook and Twitter, I ploughed onward. Twice I ran in weather that measured out under -30C (with windchill) with enough clothes on to look a solid 25 pounds heavier than I actually am. On December 23rd I was so tired, cold and irritable I started to cry about ten blocks from home. My tears froze my eyelashes shut. This only perpetuated more tears, more freezing, etc. This was undoubtably the lowest moment of the challenge.
The last part of the month was by far the best. I managed to run on Christmas Eve and Christmas Day (even had my first company on a run, my sister from the photo at the top) and put on some time and distance in the days that fallowed. I hit the double digits for kms, the weather mellowed, and running at -5C felt like pure joy after the days before. Santa also brought me a Garmin 310XT for Christmas, a little treasure I named Tiki. 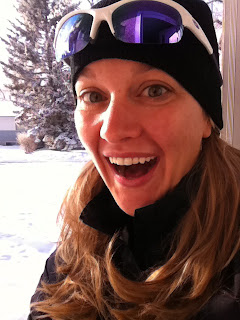 Perhaps the most joy of all was considered on my final run, today. With Tiki attached to my wrist and the daylight fading, I recalled the exact moment six months ago I was worried my life was going to change forever. I had just arrived at the Canmore hospital after a mountain bike accident. I was being x-rayed for: broken back, broken hip, broken elbow. Fortunately for me I left the accident with a couple broken ribs, a broken elbow and a concussion (not to mention a gnarly looking hip that still doesn't quite look 'normal'). I was sidelined for the entire summer, and returned to exercise (and eventually training) in small batches that consisted of one minute of jogging, two minutes of walking. I still remember how badly the pain wretched through my side as I shuffled along around the block of my house, willing my aching ribs to calm down. I recall the first day I ran 5 minutes, 10 minutes, those moments echoing through me like Olympic triumph. I spent this entire month running with (mostly) ease daily. Only at the end did I consider where I came from, at the beginning. Before the challenge, after the accident. 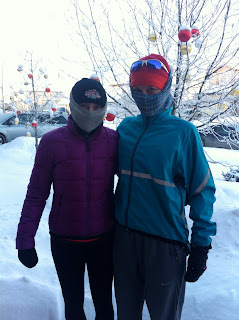 It's time to reset for a new year ahead. Re-create. Set new goals, seek new challenges, plan adventures. It's with a healthy helping of gratitude for my working body, 31 days of consecutive running, and one challenge that both ended the year of right and reminded me of the simply joy - and often taken for granted- the action of putting one foot in front of the other, temporarily suspended in flight. 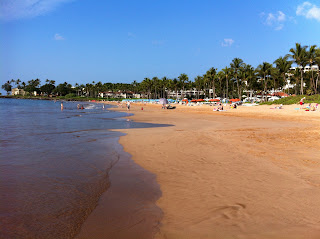