The Honeymoon that almost wasn’t

We got married in April and snuck away to Canmore for a few days after our wedding. We were gifted a stay at a “cabin” (cough: gorgeous home overlooking the mountains) and spent a few days to ourselves. We agreed that we’d get out of town together in the fall for a more formal honeymoon after triathlon season finished. 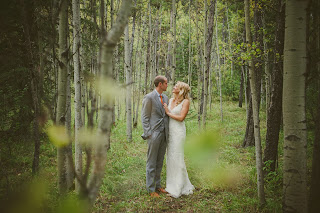 From the talented lens of Joanna Kostanecki
Our original plan was to camp through some of the USA’s National Parks, a honeymoon that was 1. cost effective and 2. close to home while delivering the sensation of being very far away. I had balked earlier in the year at the thought of camping for our honeymoon, initially imaging us instead in Bora Bora at a private pool somewhere. The problems were this: Jon isn't much of a "hang by the pool" kind of guy (see towel photo below), Bora Bora is quite far away and therefore expensive, and with me deciding to leave my job and start a business (yay! blog for another time) we didn't have two or three weeks to devote to an epic adventure. It was happily shelved for an adventurous camping road trip instead.
Off we flew to San Diego to start our trip (not before I gave the border guard some advice where to propose to his girlfriend when she came to visit, while Jon stood mutely and regarded me suspiciously as I lay out the Top Five Best Places to Propose near Calgary. My picks included the back side of Lake Louise, Moraine Lake, Post Hotel, Buffalo Mountain Lodge, Kananskis). 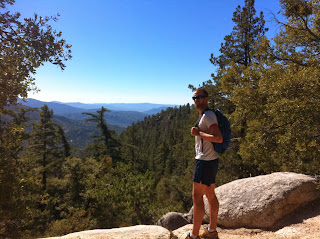 Mount San Jacinto state park
We grabbed our rental car, gorged on some seriously delicious Mexican, and headed out to the Mountains. We camped inside of Mount San Jacinto state park. It was sunny and short-weather during the day and mountain-chill frosty at night. Here we made friends with two Dads who brought their kids out for a weekend of camping (down-clad toddlers wandered around the camp, along with a pug dog who kept us company). 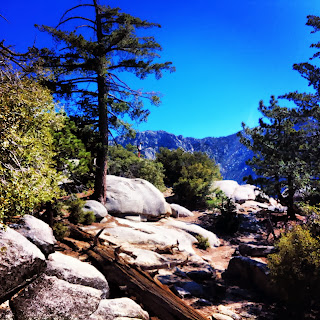 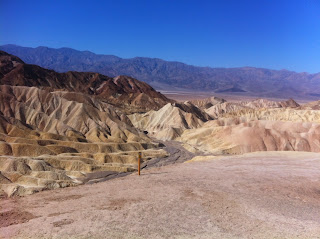 Near Zabriskie Point, Death Valley
After a few days at 7,000 feet, we drove four and a half hours to Death Valley. I love this desert, it's almost completely inexplicable to me why. For two days we sweat from 6am -1am (it was an unusually hot October) and lay on our sleeping mats on the desert sand, fly off the tent. I showed Jon where I spent so much time working, we checked out some different hikes, and I basked in the glory of the desert. 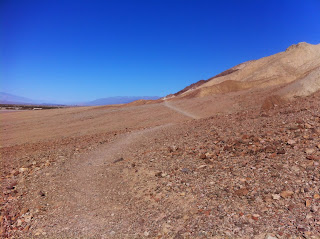 Gowlers Gulch, Death Valley
More camping meals (and lots of beer from the general store) and we finish our stay in the desert by heading to my other favourite place nearby, Las Vegas. We hot-wired a one-night stay and ended up at Ballys. Before I rolled my eyes too extensively about our lousy luck with the hotel, we ended up getting upgraded to the Penthouse suite. It's beyond me how two sun-scortched, smelly, sandy, relatively gross-looking people ended up there, but we delighted in our overnight stay. I took a two minute video highlighting the suite, including a built-in exercise room and a Jacuzzi bigger than my parents hot tub. I can't show it on this site because Jon chose to make an appearance in his underwear (although he's appeared online in photos in multiple variation of speedos, but all by his choice and posting).
Las Vegas is a much different experience with a spouse than a girlfriend/ sister. I will just leave it at that… let's say the attention wasn't quite the same. We drank a bottle of champagne, did a progressive dinner down the strip until I was too hot, swollen and dizzy to continue. (I'm sure it had nothing to do with the drinks). 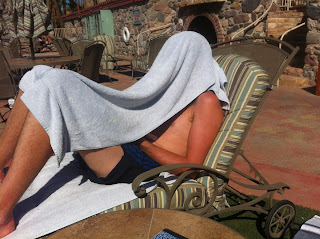 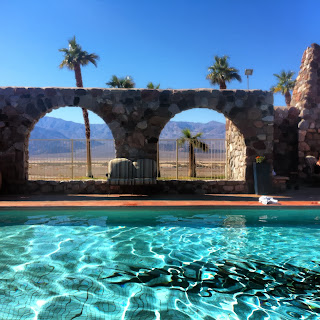 Desert oasis!
From Las Vegas we grabbed a cup of the best coffee on the strip and peeled out into the deeper desert. This time our destination was Joshua Tree National Park, a place neither of us had been. 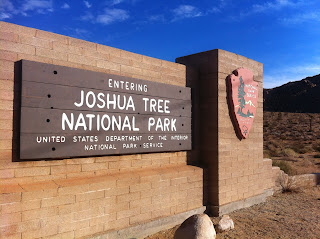 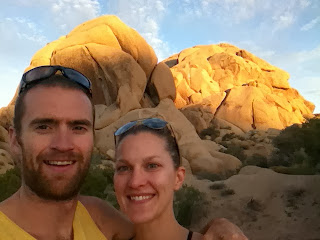 Joshua Tree was magic. Not just because it's an extension of desert, not just because there was no showers or sinks or phone signals or internet, but because it had a heartbeat unique to any national park I'd experienced. 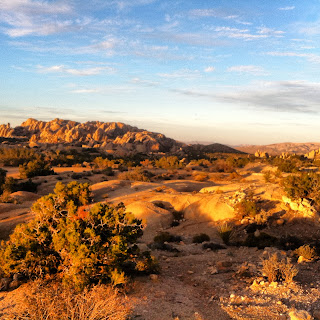 Between the mountains and the bubbly-rock formations, the odd shaped trees and strange desert formations, I was blown away by the place. We hiked our hearts out and experienced the strange oasis sensation in a place with no water. This was undoubtably the highlight of the trip for me, this park radiated. 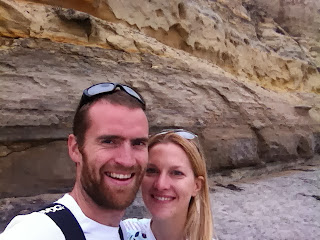 More miles on our rental and we landed back in San Diego to finish the trip. We did a day-hike at Torrey Pines State reserve (Thanks for the long list of suggestions, Lindsay!) ate at an uber 'Californian' joint and a funky little hole in the wall… I couldn't convince Jon to try the $30 eating challenge. 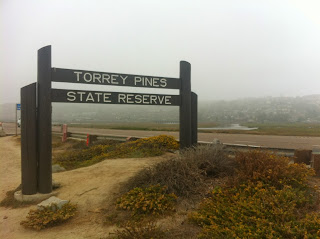 We wrapped up the trip by me asking, "where and when do we get to go next?"

Jon rolled his eyes, but I couldn't disappoint myself. I am keeping my wanderlust alive. 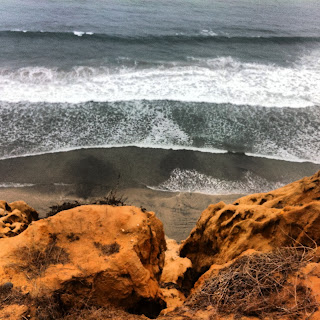 Take One, At Least One

Pal and the Deer Carcass