When I blinked my eyes open this Sunday morning, I became immediately concerned with my nail polish. I'd noticed at a theme birthday party last night my self- manicured red nails had begun to chip and wear in an unsightly manner. While I politely gestured for a refill for my Barolo glass, using my fist to point instead of my finger, lest the server notice my rapidly disintegrating polish.

My nail polish strikes me as a grander form of irritation it's time to address head on: the fact the last five weeks have slipped through my fingers like sand from the Maui vacation that now feels oh-so-long ago. Returning home after such a blissful, relaxing and memorable holiday (an entire blog is in queue about my engagement. Wait, is it our engagement?) I felt as calm, centred and grounded as I'd felt in years. I'd just spent weeks in the sun, and had been reading, running, biking, relaxing, and planning. Goal setting, dreaming. Conspiring. I believed I could carry my re-found zen into my home life, Christmas time, and the whirlwind that was January.

I was half-right. Scratch that. A quarter-right?

Although I may have been able to hang onto some semblance of a workout routine, and squeezed in some quality time with the family and a few friends, the month mostly felt like a non-stop Goat Roping Gong Show (a phrase I just learned of this month. Doesn't it draw a fabulous image to mind?).

My professional life ramped up steadily from the last week of December all the way through until a major event deliverable on January 31st. In addition to that, I was faced with the usual year-start items from a department moving at brisk pace with changes blowing through like hurricane force winds: budgets, annual plans, team plans, year-long deliverables. With two more major projects on tap to begin in the first two weeks of February, the working days that followed my return to "real life" were met largely with early mornings and late nights, working on Saturday, and laying awake at 3am worrying. Arriving home at 8pm from a work day, to stare across your house (probably needs to be cleaned) laundry (needs to be done) and food (lovingly prepared by the talented fiancee- at least I got that one aced). So many people I want to see. So many things I need to do. And yet all I the energy I can muster up is to lay half-undressed on the couch watching episodes of Don't Trust the Bitch in Apartment 23.

Although I have spent these last few weeks intermittently beating myself up about this, I have mostly tried to swallow it with a big dose of compassion (followed by a big dose of coffee). It may be true I haven't nailed down all my 2013 goals, but at least I have some ideas. I may have been time-poor for large portions of January, but I have booked off a handful of scattered days in February; days to see friends, days to clean house, days to just relax, and plan, and dream.

I didn't make any big plans as the year rolled from 2012 to 2013. (Well, get married and that seems quite large). A little part of me wished I'd committed to something daily for the year (like this girl who I have been greatly enjoying reading her blog- my friend's sister who embarked on a year in tights) but for whatever reason, that wasn't meant to be. I have other plans, and I can go ahead and make those, and be proud of them, and grateful for them too.

Now, back to Don't Trust the Bitch in Apartment 23. 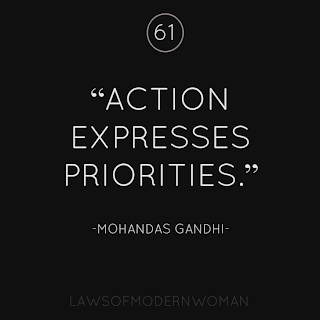 Under the Peach Tree