There are a number of reasons: I haven’t missed watching a Grey Cup (admittedly I don’t really remember the earlier years, although I am certain I was put into the jolly jumper somewhere near the TV so my parents could watch the game), I own a Grey Cup ring (well, not officially but I get my Dad's 1992 Calgary Stampeder Grey Cup ring one day in the very, very, very far away future), and I've been to new of Grey Cups games. The excitement leading up is second to none, fans flow in from across the country to enjoy the festivities leading up to the big game.

Grey Cup is important for me because of our long family history with the CFL and football, but I am always in awe when I read stories of other people who've had meaningful experiences with the league or a team. One of these such fans is connected to the article below.

It doesn't matter to me who wins tomorrow. I hope for a safe game, a fun game for the fans, and no major officiating problems. This story may have swayed me in one direction, however.

The end of the story is already written.

When the malignant tumour growing in his jaw and neck finally takes him, he'll be buried wearing nothing but black and gold. A Hamilton Tiger-Cats shirt, Ticats pants and his favourite logo-embossed blanket covering him. A team cap will be in one hand, an unused game ticket will be in the other.
Nobody knows when that will be, of course, but the fact Frank Menzies is already in the Bob Kemp Hospice suggests it may be sooner rather than later.
Before that day comes though, he's got Sunday.
"I just want to see the Ticats win one more Grey Cup before I go," the retired shovel maker says.
You might think the 70-year-old is being overdramatic. Looking for a little attention in the moment when everyone is excited about the championship game.
You'd be wrong.
Frank isn't your average fan. He was 10 when he went to his first game at Ivor Wynne Stadium. His dad had come from Scotland as a soccer fan but was quickly turned on to our brand of football.
For the next 55 years, he rarely missed a game. He never had season tickets but he'd buy a seat, go alone to the stadium and watch. He has no family. The Ticats and their fans became that for him.
Even when the lean years arrived — there were many of those — he never gave up on the team.
"I didn't mind," he says. "I love Canadian football."
The last game he attended was five years ago. The day before his birthday, as it turns out. The Cats played Edmonton that afternoon. He sat in the end zone wearing his favourite yellow Ticats pants. And he danced. He remembers that.
He wasn't well though. For a while, he'd been having trouble swallowing. Not long after, he started vomiting blood. The day after that game, he found out it was cancer.
Over the next few years it worsened. Two months ago he was moved to the hospice to live his last days in comfort.
That's where something incredible happened.
John Bonk has long volunteered at the place. When the Canadian football hall of famer heard a devoted fan had moved in, he swung by the Ticats store to buy a few things to give Frank. En route, he called new Ticats president Glenn Gibson to tell him what was going on.
"Glenn's reaction was immediate," Bonk says. "He said, 'Buy anything you want and put it on my tab.'"
So he did. Bonk brought a ton of black and gold stuff to the room. Then the legend and the fan sat and talked for an hour or two. It was deep, involved football stuff. Memories and strategies and hopes and dreams.
The old player even took off his Grey Cup and hall of fame rings and put them on Frank for a time.
"He was very emotional he wouldn't get to see the Ticats play again," Bonk says. "He wished he could see just one more game."
Unfortunately, that was impossible. There was nowhere at Guelph for Frank to sit. Not when he's so ill and the weather for the home playoff game a couple weeks ago was going to be so cold and nasty.
Not long after, Gibson showed up. Days later, he still gets choked up talking about the visit, calling it his best day on the job. He brought more Ticat stuff and picked up where Bonk left off. They chatted for a long time. He, too, heard about Frank's wish to see one more game.
The fan wasn't angling for tickets, just musing about his wish for health and wishing he could relive some of those moments he enjoyed over the decades.
Then a funny thing happened. The Cats beat Montreal. Which meant the next game was in Toronto. In the dome. It didn't take long to hatch a plan.
Last Friday, hospice staff walked into his room with tickets to the game arranged by Gibson.
"I thought they were phoney," Frank says.
They weren't. Nor was the valet parking Gibson had lined up at the stadium hotel so there wouldn't be far to walk.
So for one incredible afternoon, the team's ailing superfan and two friends — visited by Gibson — sat in section 241 at the Rogers Centre and watched his team end 13 years of frustration by making it back to the championship game. It was beautiful.
And it gave him Sunday.
At 6 o'clock, he'll be pulling up in front of the TV in the hospice's lounge under the black and gold streamers criss-crossing the room, and cheering on his team. He'll be head to toe in his Ticats garb as he is every day.
This is his chance to see his wish come true. The old line that says there's always next year might not apply. This game matters. So much, in fact, that on Thursday he sent Kent Austin and the coaching staff an email with some suggestions for how to win.
"Frank has been our good luck charm," Gibson says. "We haven't lost a game since he came into the picture."
Everyone in black and gold is hoping that good luck lasts one more day.
Nobody more than Frank.
sradley@thespec.com
905-526-2440 | @radleyatthespec
Spectator columnist Scott Radley hosts The Sports Lounge weeknights at 9 on 900 CHML 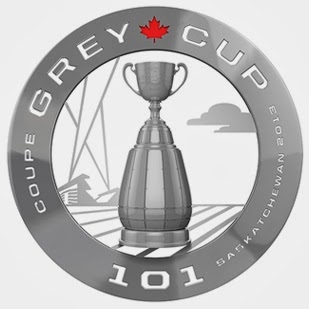 Hiking Sticks & To Be Remembered

A Day in The Life