Do not pass Go. Do not return to the Desert.

My sister, brother and I grew up playing games together. Frequently my sister and I would gang up on my brother, forcing him to play My Little Pony or having to be Ken in Barbies. As we grew older we spent more time with board games, including the classic Monopoly. While my brother and I usually went Bankrupt (albeit in a glorious, go-all-in kind of way) my sister would usually win. Coincidentally, she was also always the Banker. Perhaps this was a sign of things to come, as she is now a Financial Analyst for a living, and she counts those dollar bills for people with real property and money.

Besides petty arguing over who got to be The Monopoly Dog (the preferred figurine) we would also usually poke fun of whoever picked up the "Do not pass Go. Do not collect $200" because some how that was utterly hilarious to us. YOU FAILED! It implied, or maybe YOU HAVE ROTTEN LUCK would be more telling. We would laugh and taunt and tease the other as they would Not Pass Go, sometimes the card being accompanied with "Go Directly to Jail". Luckily for me, I am not facing the latter of the two, although this fall I feel like I am Not Passing Go.

Every season I spent with Backroads opened and closed in Death Valley. I remember squinting at the computer screen in 2007, wondering if there was a mistake. California Desert, the schedule read. Wait, California has a Desert? No Kidding. A brief google search revealed a few quick hits about the place. It was pretty by the photos, I decided, and had no problem working there.

I never could have imagined what was going to happen next (this is always the best stuff of life anyway). I ended up spending most every Spring and most every Fall there for the rest of my trip leading career. I built relationships with folks at the hotels and restaurants, learned the park inside and out, and fell in love with Hendersen. I got to know the ins and outs of Las Vegas (not just the illustrious strip) and I looked forward, with great anticipation, to my return to the Desert at the beginning and end of my season.

I had often been asked, "Mountains or Oceans" as if it was possible to select just one of nature's grandiose offerings. I had waffled on that for years before deciding if there was a third component to the question- Mountain, Ocean or Desert?- I'd chose Desert. Every time.

While others withered in the Desert heat, I embraced whole-heartedly the warmth. While others complained of sand and grit and wind, I felt exfoliated, rejuvenated, whole with every visit. When we'd cycle the roads and I'd lose myself in the utter silence, the complete peace, the panorama at every turn. I rejoiced in the long, seemingly never ending roads that traced themselves east and west and north and south through the glorious park. I never felt more peaceful, more relaxed, more at home than I did in that place.

The last couple months have rolled through, I have found myself lacking much Oomph. I didn't Pass Go. I didn't collect $200. I didn't hit the Desert and rock a few trips, soak in the healing vibes of the place I loved so passionately and return home invigorated, refreshed and ready to rock my life. Instead its been a silent hum, a steady go, the continual push. I don't know if I suffered under the illusion that I'd work for Backroads for the rest of my life and therefore would be treated to several weeks in the desert each year to restore my balance, redirect my goals and face forward to whatever the future would hold. Perhaps there will be a new Death Valley. Or perhaps I will just need to find a way to return. 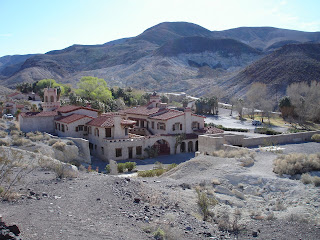 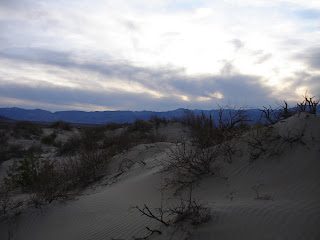 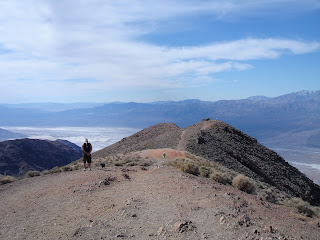 “It eez too borshring” & other thoughts

Life in a Borrowed Dress