I had been looking forward to this past weekend for a while, knowing both of my siblings would be coming to town for Thanksgiving. Hillary also decided to do a little run while she was here (her third marathon... chuckle, smile). Being that I have a plentiful cornucopia of athletic goals, currently none of them include running a marathon, so I have a deep reverence for the distance. The length that makes me feel tired and my hamstrings ache just thinking of it.
I couldn't have asked for a better weekend. The weather was glorious for Hillary's race. Thomas, Jon and I scooted around Victoria to cheer from an assortment of corners, hills and other places. I brought out my cowbell, and my big pink sign (see below) and we all took great joy in yelling at Hillary. I also picked out a few other souls to pick on, those people who I try to determine just by looking at them if they'll get a rise, a kick, or some added inspiration with a little "Pain is temporary"; or "you've suffered worse than this" or "it's all in your head."
Hillary, wearing bib #720, crossed the line to a wave of hugs from us. We hosted our first Thanksgiving dinner where Jon did the turkey, and I whipped up a pumpkin pie. The evening went down with a few bottles of wine, some Phillips Slipstream Cream Ale, many laughs and a festive table.
It was a weekend to be Thankful for. 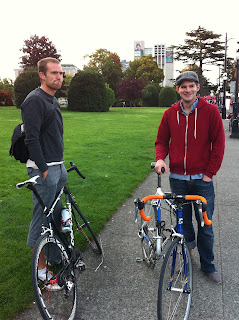 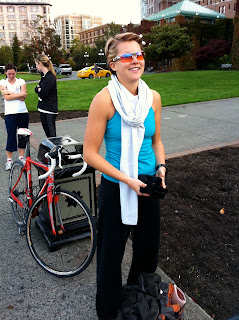 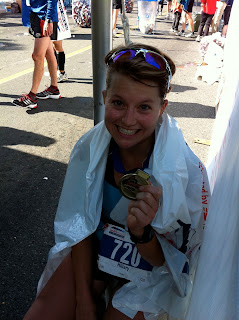 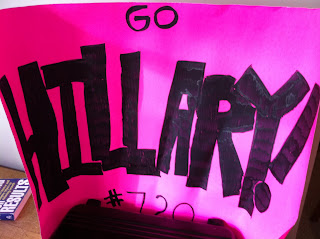 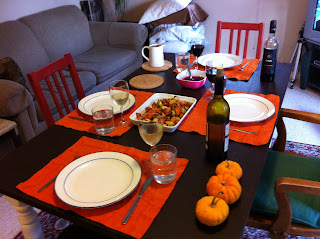 The Opposite of Broken

Some kind of Seasonal Greeting