To the one I left behind

I can still remember the first time I crested up over the last part of the Highway number two near Carstairs, the Rocky Mountains illuminating the brilliant blue sky. It was one of those perfect Alberta days only the prairies can produce. My new home, I thought to myself in elation feeling an incredible sense of aliveness followed immediately by a grandiose sense of how little I knew about the city to which I was born and had been absent from for eleven years. Despite my literal and non-literal "growing up" in another place, I had always felt a claim to Calgary, a belonging that wound deep through my bones. A place I had a small knowing I would probably come back to. On that summer Saturday as I drove into town I could have never guessed, predicted or written a better story for what would encompass the next six years of my life.

My professional life ended up taking me many places, and there were times I would inwardly groan when a pilot announced that we were "landing in Calgary". I dipped in and out of phases of loathing of the city, thinking it boring, lame, dull, undignified, snooty, rich, ridiculous and a list of other items only a twenty-something exploring the world and her own mind could create. Despite my constant misgivings, without a doubt Calgary was my home. Regardless of where I had been, how long I had been gone, or what I had experienced in the time I was away, a little part of me always rejoiced in being home.

I was contemplating this thought as I traced my fingers over the cold medal keys, then the cold granite, keys, granite, keys, granite in a careful pattern as the tips of my fingers made long lines across the counter. Keys left on the granite countertop for my sister, the keys that allowed me in and out of our home, a tiny downtown condo we gleefully deemed "The Palace". I remember the day my sister handed me that same set of keys, three summers ago. Jet lagged, exhausted and seeing double from the long trip from Ireland she let me into our home, dropped me off and returned twelve hours later. I slowly unpacked the boxes lovingly assembled by my Mum and Dad, carefully labled with the small pieces of my life. My room was small, there was a small window, a small closet. My small life. As I put my life from the boxes to the closet, I wouldn't have guessed the best part of living with Hillary. It was unanticipated, unreplicatable, and still an entire wonder to me thinking of it now, smiling.

Always being close, living together only amplified this effect. We discovered our living differences, what was vital to fix and easy to let go, and worked our best around each other. I could never completely understand her inability to clean the fridge (I would often find old, rotting food, completely indeciperable in its magnicient creation moulding in tupperware) and her my constant "Hurricane" effect: the leaving of my jacket, purse, keys, shoes, books, journals, and STUFF everywhere. I can see her face in my minds eye, picking up a sweater from under the couch. "Is this...." she would hold it up, trailing off slowly. I would sheepishly grab the item, quickly tidy up (thus beginning and maintaining our long standing family joke that when you are looking for me I am probably "Cleaning My Room") and go back to whatever I was doing, likely making a mess.

We endevoured to do many other things together, everything from restorative yoga to experiementing with vegetarianism, dreaming up travels, buying plane tickets. We coached each other through changing jobs, boyfriends, and habits all while swapping clothes, making french press coffee and sharing new country music. She taught me how to properly blow dry my hair straight, apply liquid eyeliner and I would clean the bathroom sinks and write her marathon training programs.

Also born of our time together were what we affectionately deemed "Sister Mornings". This premeditated morning would range in activities, sometimes involving a run, a huge breakfast at Bumpys and a trip to Purr. Sometimes it would involve several hours of girl-y TV, mangos, cappuccinos and other breakfast delights all in our PJs. When she was sad, I would make the farm dance (a range of stuffed animals we'd collected through our childhood) and when I was sad, I would lie on the couch or floor and mope near the fireplace while she would talk me through it. We'd have impromptu sushi nights where we would pick a "level" of sushi we wanted to eat (ranging from dirt cheap, fast and greasy to delicious, fancy and expensive) and meet each other. Laughing and sharing over life, chopsticks, we'd talk about everything and nothing, and sometimes lapse into silence that is comfortable around people who have known each other forever.

When I shared with her that I would be moving to Victoria with Jon, she was supportive along the entire way. Especially when I got the top layer of my face burned off. In the back of my brain there was a niggling thought I refused to consider, that leaving Calgary meant leaving her, leaving our little life together, saying Good Bye knowing that our chapter of sisterhood-living-together was going to turn into sisterhood-from-a-distance.

As I went through the motions of going away, saying good byes, putting my affairs in order, I let myself float down the sea of denial. I would not have to say Good Bye to Hillary. Nope. No. Not now. So when the moment arrived and I left the keys, swallowed the end of my tepid mint tea, I knew there was no more avoidance. We walked down to my jam packed jeep together and stood for a moment. I had a million words to say.

"I...." I stuttered. Stammered. Begun to shake. The tears started to come. The tears I had let myself tuck away during my final weeks, days, hours in Calgary. The tears I suppressed while cuddling Jaya, celebrating Hillary's early birthday, drinking wine with Lisa, going through the final ETS classes. It was as though all those tears came at once, the sadness of leaving Calgary, the fear that had been burning down inside my guts for weeks on end, the big black hole the future now was, the terrible uncertainty of what was coming next. The end of this chapter, the next one blank, completely blank, with only a highway stretching west all the way to the ocean.

We stood in silence in the parkade, her in her matching PJs, me crying my mascara in long streaks into my collar. Like my limbs were stuffed with lead I put myself into my car and drove to Jon's. I let my brain roll over and over and mull through the experience of leaving I place I loved, loved to hate, and all the people that contributed to the Love part.

The raw emotion will stick through this transition. Yesterday morning as we drove toward Kelowna through the mountains the sun shone through the trees, reminding me of the moment I arrived in Calgary six years ago. I let myself keep crying the tears, alternating with happy music as a distraction, trying to think forward to my goals, trying to keep believing all of this will pass, will get better, will settle. That the happiness and joy that I had in Calgary I will have again in a new place, with new people, with new things I cannot begin to imagine. I let more tears slide from under my eyelids. I let myself be afraid. And sad. Very, very sad. My phone buzzes, as if on cue.

"Thinking of you... missing you already. xo"

Me too, Hillary. Me too. 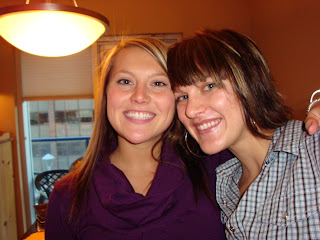 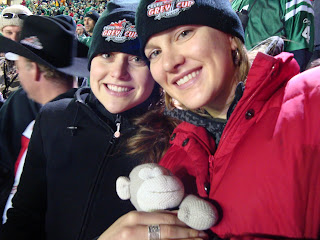 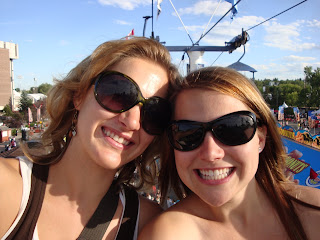 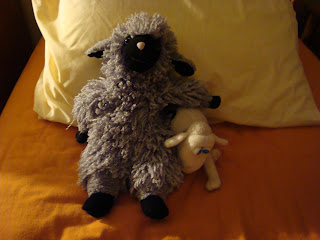