I am older, and I still observe On Season and Off Season for football seasons, but I also observe the On Season and Off Season for Triathlon. On Season means wetsuits and clean eating and race bibs. Off Season means eating desert and drinking whenever I want, adding a few pounds, worrying less about missing workouts. I am currently in Off Season and loving it. I have the carrot of spring ahead (enough to motivate me to workouts) but there is enough space and time in there to not fret about overindulgences, or sleeping in.
Last Sunday I raced in an Aquathlon. I knew it was happening, that Jon was racing, and yet I still drug my feet on making a decision to race. Did I really want to get up at 5:45am on a Sunday? Did I really feel the need to do an all-out swim followed by an all-out run? Did I?
I Did.
Not deciding to race until 30 minutes before the gun goes has its advantages and disadvantages. Allow me to highlight them.
Advantages:
-I did not spend time worrying about this race, my speed or outcome.
-I did not build it into a week of training, ask Mike for a taper, or delicately tip toe around the race.
-I got a free t-shirt and a water bottle.
-I tested out some early, early, early season fitness and some pack swimming.
Disadvantages:
-Being that I hadn't decided whether or not to race, I didn't fuel properly. As I posted on Facebook: Champagne, Wine and Popcorn is not an adequate fuel source. Also, sleeping for five hours after being out at the bar isn't an outstanding idea either. In fact, it makes you feel like garbage when trying to perform. I had a hangover when I woke up on Sunday and I choked down some yogurt, coffee and water before pushing my ass out the door.
-Inadequate planning means inadequate gear. When you peer deep into your gym bag and all you have is a bathing suit, an old ripped sports bra and mismatched socks, this is what you will race in. You look like you may be homeless, wandering around on the street before you discovered there was an aquathlon you could partake in.
Not having set any goals, I decided about two minutes before it was Go Time that I could probably win. The field wasn't really deep, and my hangover was slowly dissipating, so now was a great time to throw down. It was also helpful no one knew me, and I knew no one, so vomit or stopping or a blow up wouldn't be as big of deal. I could huddle in a ball of shame silently and never tell anyone (and certainly never share on my blog).
We did a 360m pack-swim around the 50m pool. It was great. At push off and for the first 25m it was as fantastically alarming as a legitimate triathlon start. Limbs flailed, body parts were grabbed, goggles were dislodged. At the 50m mark it was myself and another dude. Sweet, I am winning this thing! I thought to myself so I settled in and drafted off the lead guy for the remainder of the swim. What I missed was the two girls who shot off the front of the pack, so while I was swimming 1:49s dipsee doodling around what I thought was the leader, the other gals were getting a bigger lead, sigh. Also, Grr.
Off to transition where I fumbled with my sneakers (obviously I didn't have speed laces in my sneakers, what would have been way too planned) and ran to the track, where I proceeded to attempt vomit. This is a special kind of talent. I can only put myself into the puke zone a few times a year, and I thought hell, I could blame this one on the hangover! Off I went for 2km. I finished, and to my dismay, couldn't muster a single strand of puke. I did feel light-headed, which I thought counted for pretty good effort. I walked around in my bathing suit and sneakers for a few moments, waited until Jon won, then we cooled down. I would find out later I had a fairly decent 2km time and finished fourth overall. I was pleased in my 2km time, but there was no way I could have held that for another 8km. There is still work to do.

I finished the morning with a box juice and granola bars. A girl I raced against chatted to me after, and it turns out we've raced in multiple races against one another. I love that community aspect of triathlon. It's almost like rugby, but without the kegs of beer at the end of the game.

With a renewed sense of excitement, I started really looking at a 2012 race schedule. Over a glass of wine. Hey, it's not race season yet. 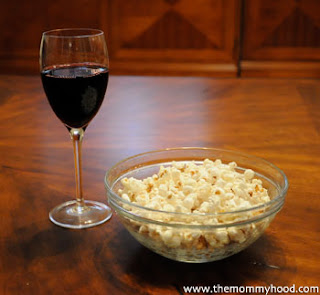