I once wrote a status update on facebook that went like this: Chinese Food, Jam, Football and Futuritis. It's like going to a buffet and having macaroni salad, apple crumble, roast duck and sashimi for dinner. An usual combination that's just plain strange. Sometimes my brain, in the process of contrivance, or just plain meditation, sputters out things like this. Similar to my friend Lisa's old car Amber that used to backfire in a multitude of pitches, it's as though my brain sputters through emotions. Ideas. Recently ingested media. Current goals. Strange thoughts. Events. This also translates into a variety of bizarre dreams, no more strange than the one I most recently remembered, with myself stirring an alley-sized garbage bin full of thick purple goo what I told everyone was r-EPO. Yes, in a dream I was a garbage woman selling EPO. If this doesn't inspire me to stop reading about doping scandals in cycling before bed, I don't know what will.

As I tried to work through several posts, I decided to shrug my shoulders, give up, and just sputter out the Amber inspired mixture.

--I didn't realize the song that earns the title spot of this post was so old. The evidence is the music video, not just the cheesy clothes and terrible sunglasses, but in that the video won't actually even load onto my blog. I'm Alright by Jo Dee Messina- the catchy country tune I find myself coming back to under my breath, repeating itself in my mind. Mantra-like maybe. I'm Alright.

--Jon and I Chicken-Sat last week for our landlords Chickens. I grew quite fond of the routine. Getting up early and letting "the girls" out of their coop, feeding them corn. Coming back a few hours later to fed them lettuce and bread, clean out the coop and check for eggs. Some mornings the girls only lay one, a couple mornings they lay three. I would come barrelling up the stairs and disrupt Jon from sleeping, eating, or working on the computer (probably more likely one of the first two) and practically scream to him THEY LIKE US THEY LIKE US THEY ARE LAYING MORE EGGS 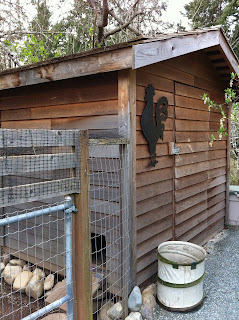 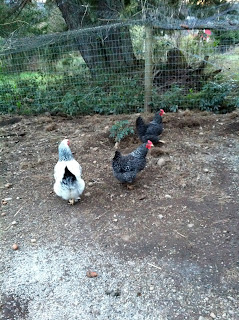 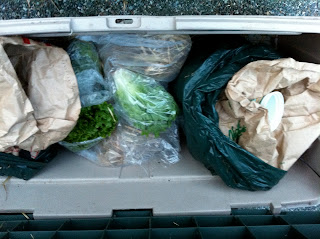 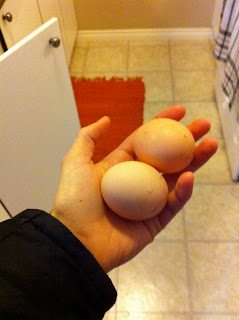 --I was afforded the most brilliant long weekend getaway. Not only was I Vanna White at Swim Camp (much less glamourous looking) and the operator of the Go Pro (hoping secretly Jon will let me take it on a surf trip one day) but even better I had a chance for a "family and friend top up", a phrase made famous to me during my months in Ireland, when I befriended another Canadian expat who insisted that a "once every eight month visit to the mother land can soothe the soul and ensure you don't go stark raving mad". I may no longer be an expat, but I am in a completely different place. The family and friend time was a treat, and the top up should fuel me through these upcoming weeks. Actually, let's cross our fingers for a month. Month(s)? 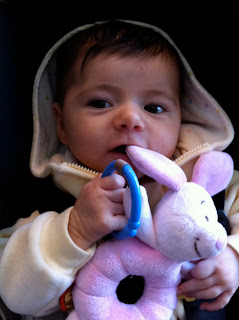 (Heart melt here). I hope one day her Mum and Dad will let me run her in the Chariot!

The mishmash of thoughts settles, and I am left with bags to unpack, dishes to wash and some semblance of a life to attend to. I might even go out back and wish the girls Good Night.