Kneeled down between the warm bodies and the barrage of bikes and cars making a cluster outside in the rain, I am crouched low in a squat near the warm floor with my hands stuck under my arm pits. "Lick the floor, " Karen says, laughing, as the other two near by join in to the ha -ha -ha chorus, watching me twitch and shake with the cold. "I would lick the floor of this Ferry," I tell her, "if there was a pancake on it."


It was somewhere in the last 30km of the day. After the last big climb. Right after the nausea came back out to play. The nausea that had haunted the previous twenty four hours. Brain says: you're sick. Stop pedalling. I say: you're fine. Keep going. I begin this mental ping pong match with myself, wrestling with the sick churning in the pit of my stomach. Despite this feeling, I started thinking about pancakes. Late breakfast almost brunch type pancakes. The frying pan sized, three or four high stack with butter on top, and syrup. Syrup thick and slow, sticky on the glass containers outside from multiple over excited hands messily tipping it onto oversized plates. 99% of the time I'm an eggs and potatoes breakfast kind of girl, so the obsessive thoughts of pancakes surprised me. Pancakes became my all consuming thought. Telephone pole to telephone pole, gravel and pot hole from hill-up to hill-down. Pancakes. Beautiful, lightly browned, restaurant style pancakes.

Rewind a couple days. Similar to The Toronto Half Marathon, or Escape from Alcatraz, I am suffering from the affliction where the last three days pre race my over-excited brain refused to shut down at nights. Especially bad this was before Alcatraz, where I had endless nightmares of all the things that could happen while swimming in the Bay. Frigid water infested with sharks? Jump off a rocking boat to start a race? Damn it. Had I gone completely stark raving mad? That morning when I got on the boat with 2,000 other athletes, as we circled around the island and I kept nervously looking out the window at my land marks I kept thinking about how stupid of an idea this was.


Fast forward a year, when I joined a Triathlon Team here in Victoria I spent the first few work outs and weeks being quiet and slowly sorting out how they all worked. Who belonged to who, who was fast, who was not as fast, who I could run with, where I could fit in. I had to work hard, much harder than ever before in the pool, on the road, on my bike. Saturdays, our long ride, became my endless suffer-fest to not get dropped off the back, to hang onto the pace line, to learn to shut up and grit my teeth through three, four, five hour rides. As I pushed the pedals down this weekend, bike computer speed creeping up, I was reminded of something Leif told Jon and I last November. "Victoria is a place for retirees, and elite athletes", which becomes even more comical when you realize you are living this truth. 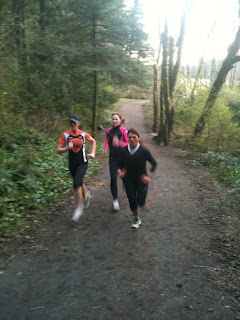 Thursday night hill run.
So when my new coach Mike told me about the parksville weekend over six weeks ago, the first time I met him for coffee and to talk about the team, I thought it sounded great. I was inruiged and excited. A round trip up the Number One to a community I had never been? Wait a second... a touring trip? This is right up my alley.
When I sat with myself and considered some of the big ticket touring I had accomplished I felt nervous (still) but moderately soothed. After all. I did bicycle through the Slovenian Alps for 6 days, 600km, over three mountains passes, did I not? And hadn't I biked some of the grandest hills Tuscany had to offer? And what about the 2010 stint of The Bird Family's Annual Golden Triangle, where I had to grit and grind my teeth for the last 40km just to finish the three day, 315km ride? I could manage a measly 180km. Back to back days. Gulp. 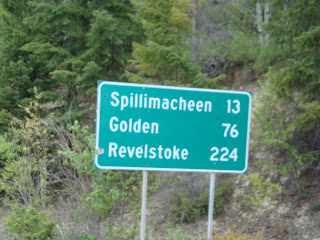 The funniest thing was, as the days approached for the actual ride, my anxiety grew. Slowly and quietly, the tiny dark corners of my brain where fear, doubt and uncertainty lurk came swirling into my mainstream of daily thought. The Wednesday before the ride I awoke at 4:05am in a cold sweat, panicked I had missed the ride start. Going back to sleep was impossible. Thursday and Friday saw more of the same. The inability to calm myself down into a sleep state, to the acceptance I would be more than fine. As I lay in bed, staring at the ceiling, I took my resting heart rate. 81 beats per minute. Only a mere 25 bpm over normal. Great.
I took great pains to prepare myself for the ride like a race. I meticulously planned the whole 48 hours before of what I'd eat, how much, and when. I assembled my ride nutrition, labelled bottles and baggies, got my bike tuned, prepared what, when and how much I'd consume on the bike. I lay out my day one kit, I packed my day two kit. I felt like I was preparing for a Trip Start, something that had given me endless anxiety in my past bike touring gig. That or a race. My body, tired, my hip, aching, refused to calm itself. Refused. So I relented and fell into a few day stupor of fatigue and the quiet acceptance that the ride Would Be What it Would Be and that I may as well try to relax into it. Take heart rate again here, after telling self this. Shit. Still 79 beats per minute. 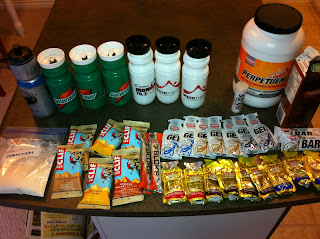 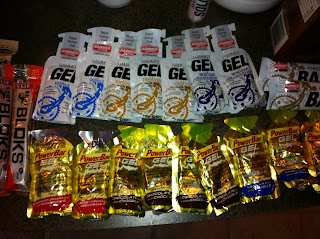 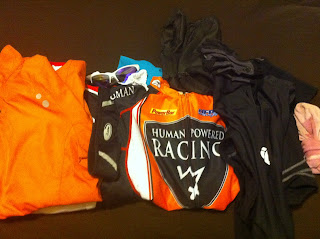 With all the noise and words and preamble in my brain leading up to the weekend, the weekend was shockingly simple.


Saturday: wake up, eat. Get ready. Bike to start. Leave on ride. Feel excellent first 70km. Nausea 70km-180km. Abandon nutrition plan in favour of eating anything you can keep down. Run at hotel. Shower. Try not to fall asleep eating dinner.


The mental fanfare I had given the weekend was undeserved. I had the most delicious life conversations (common suffering is an amazing forum for the sharing of life stories), saw large expanses of The Island I haven't seen, and once again, threw myself head first into the gauntlet that is endurance athletics. Despite the nausea, the uncertainty, the aches and pains, on the other side of the pendulum is the giant rushes of adrenaline, the sheer joy and complete accomplishment. In all endurance endeavours for me stands the penultimate wonder: being forced to turn all my focus inward. To remove the chattering, nattering runaround that can be my head and bring myself into vision, a singular goal. This is the reason why I keep coming back to racing (and training). It's the most intense moving meditation I've ever experienced, with the complete drowning out of the external noise. There is a presence, a beauty, a joy in the pushing. The pain. The intensity of racing. This is why I sometimes hate it, this is also why I love it.

It always makes me giggle, the thoughts that arise during long expanses of time training. For more, this time, it was the obsessing over pancakes. As I mentioned before, I don't even really like them that much. But I wanted, needed, thought of them. A tiny distractor as the kilometres ticked onward. So pancakes I wanted, pancakes I ate. More in the last 24 hours then probably the last four years. I pushed up those hills, I don't fill at all bad tipping back some extra syrup on those bad boys. 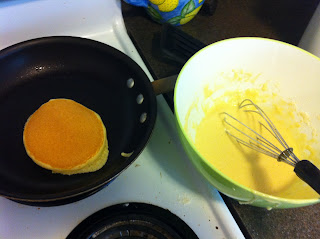 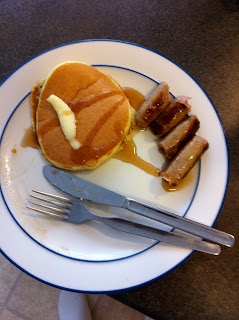 No alcohol for Sucky