The Opposite of Broken

What we have to remember is that we can still do anything. We can change our minds. We can start over. The notion that it’s too late to do anything is comical. We can’t, we MUST not lose this sense of possibility because in the end, it’s all we have. -Marina Keegan's The Opposite of Loneliness 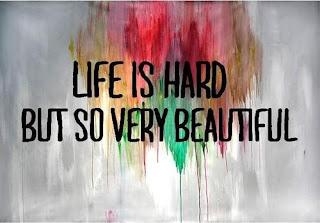 Rock and a Hard Place

(Life inside) The Barbed Wire