Spending a substantial amount more hours per week training than last year, I was rewarded with some of the unfortunate aches and pains of an "active" (hyper-active?) lifestyle. For a couple weeks I had a tightly wound hip that refused to settle down and required constant stretching, tiger-balm and eventually chiropractic care to make better. A couple months later my right shin responded with an angry scream every time I would break into a run slightly faster than a light trot. It would yell and throw a fit so bad I was relegated to a swim/ bike regimen for a few weeks while I worked on the problem. Out of all of this slightly irritating but mostly manageable issues, the most curious one has been of late. The curious case of the aching head, I have come to call it.
The headache varies from mild and slightly irritating to a full out head of rage where lights, sounds and anything that requires concentration is impossible. The first week or so I blamed the headaches on anything I could: change of weather, lack of sleep, too much sleep, bad pillow, hard bike ride, stress. It was only upon our mini vacation in Kelowna did I realize, in a full blown flash, I had a constant head ache. Sure, the ache varied. But it stayed the same. It based in the low right side of my neck, and sat in the front part of my brain on the right side, behind my eyeballs in my temple.
Thanks to Dorrie I was directed to a most wonderful masseuse named Shelley in Kelowna who I saw a few times who helped me find some relief. She suggested I perhaps had a trapezious headache. What was that? I went back to Victoria and to my own chriopractor. And off we went on the treatment process.
Only upon serious retrospect (and the kind but directed prompting from my fabulous chiropractor who I love) could I nail down when this started, where it was located and perhaps WHY it continued to plague me weeks after I had first noticed its constant presence. I rewound back to Sunday, August 8th. I had been participating in a triathlon relay and was inside the swim when a rouge foot, attached to a flailing swimmers leg, gave me a hit at the top right side of my head. I was mostly annoyed because my goggles dislodged and required me to pause for a moment to fix them. I didn't give it much more thought until THE thought that this was the beginning of the constant headache.
Sarah's hypothesis? That my neck was in a position of extension that slightly dislodged/ moved C2, causing a spasm of muscles that spread all over the neck (and into the trap). Because it went untreated so long (ugh) it became more inflamed, the muscles more tightly wound, the general soreness and ache of the area increasing until I had an undeniable, roaring loud headache.
I have been seeing Sarah once a week, and slowly we are getting my neck back on track. In addition to our sessions I have been given a series of stretches to do, instructions to tiger balm my neck when appropriate, and aromatherapy suggestions for the relief of light headaches. My favourite of all is that she instructed me that Jon should have to rub my neck each night to help the tight muscles to relax! This is the one I am most happy about fulfilling.
Although the headaches are better, they are still kicking around, showing up a few days a week in a mild manor, aggravating me mostly. I asked Jon how long he thought it would take for me to be fully healed. After some thought, he said a soft tissue injury is usually six weeks to full recovery. SIX WEEKS? I practically yelled at him, before groaning loudly and rolling over to pout. Patience isn't my strongest suit, but seeing some relief is giving me the gusto to keep waiting. 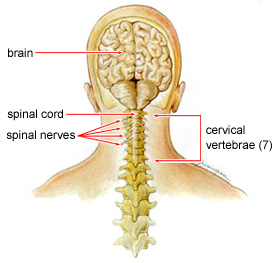 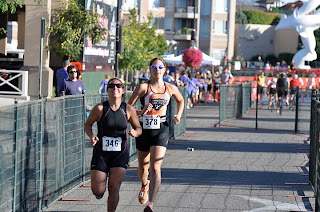 Hoping to get back to action!