Visuals of the Debacle

I was fortunate to have my new friend Jenny Kay (yes, she is from the south!) send me a few pictures of our little adventure to add online. Unfortunately, I did not realize you have to load them in reverse chronological order. Now I know for next time. 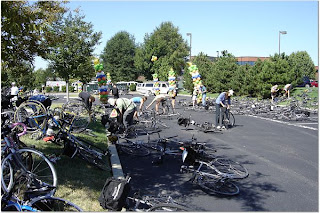 At the end of the whole ride, we had 215 bikes to take care of, plus water bottles, plus bike bags, plus helmets... need I go on? 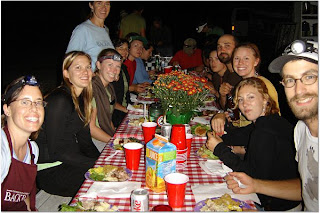 On our last night together the guests went to a restaurant and Holly (Richter- other manager) and Jen (event planner for the ride) and Eve (from Marketing in Backroads) brought us in Southern BBQ- from a Gas Station. Not only can you buy booze at all the gas stations (which is another entire discourse entirely!) most of them also have full food service. 'Wine and Dine' shall we say? 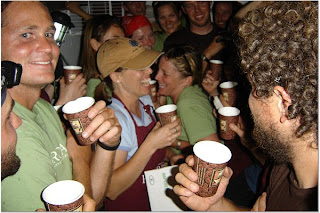 Squeezing into trailers for leader meetings were quite difficult. This particular meeting was at the end of a long day, so we were all rewarded with a shot of whiskey in paper cups. Too bad it was so crammed you could hardly raise your arms! 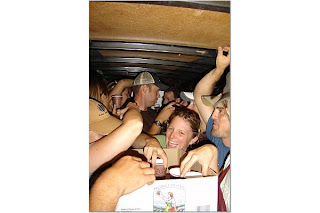 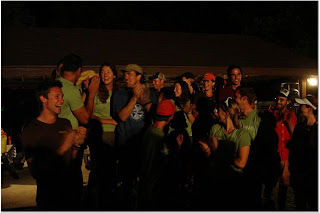 The second night (the big party night) after the speeches, they invited Backroads onto the stage and they gave us a standing ovation (which was nice...) and played Beauty and the Beasts' 'Be Our Guest'. 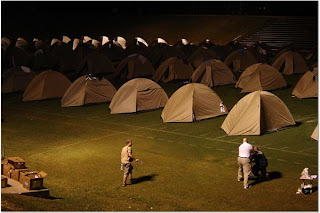 The first night we stayed at a football stadium in Collingwood, Tennessee. This is a shot of the tents at night time. 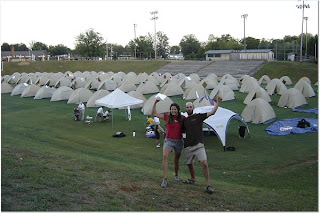 Two of my co-leaders, Jenny Kay and Jason at the end of putting up tent city... 5 hours later in the blistering heat! 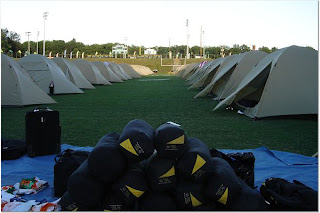 Set up was no small task! 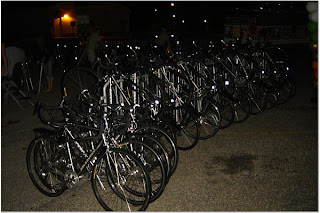 Early mornings for the whole week. Bikes were set up everywhere we had space. 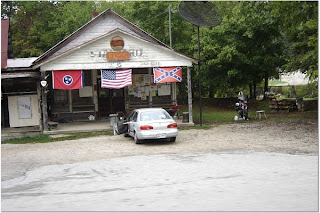 Small towns all through Alabama and Tennessee seem to echo the same mentality. AMERICAN BY CHANCE: SOUTHERN BY THE GRACE OF GOD! (Wow.) 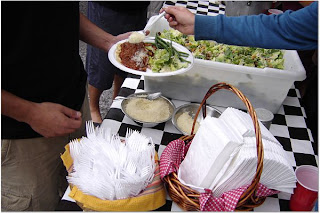 We served 200 + for our meals, so we served the food in containers normally reserved for storage (see the plastic container of Caesar salad?!)

I hope this sheds a little more visual insight into the week we had. Thinking of you all and so glad you've been enjoying it... I appreciate the texts, facebooks and emails... it makes me feel like home.

Love to you all.
xoxo